I cannot believe this! FEAR ME, FEAR ME NOT is out in the world.

I love love love Dimitri and Erin. I love their story. I cried and I laughed while writing it. And I hope you enjoy their story too. You can get it in e-book and paperback here.

Let me know what you think!

Releasing a story in the world is still this incredible mix of exciting and anxiety. On Tuesday, I woke up at 2 a.m. to finalize a few things…and it seemed surreal knowing that Dimi and Erin would soon be in your hands. 🙂 Surreal and amazing.

Thank for your reading! I’m very grateful for all of you!

My new book, a YA romantic suspense novel FEAR ME, FEAR ME NOT has been in the making for several years. I could say I wrote it in 3 months, but it’s actually taken me 3 years to get the story where I wanted it to be. It will be published on September 27th, 2016 and you can already pre-order it here.

While browsing the pre-made covers of Najla Qambers , I came across one I fell in love with for a book about another character. The photographer was Lindee Robinson, so I reached out to her to see if I could see more pictures of different couples and I found Erin and Dimitri 🙂

Thank you so much Najla and Lindee! 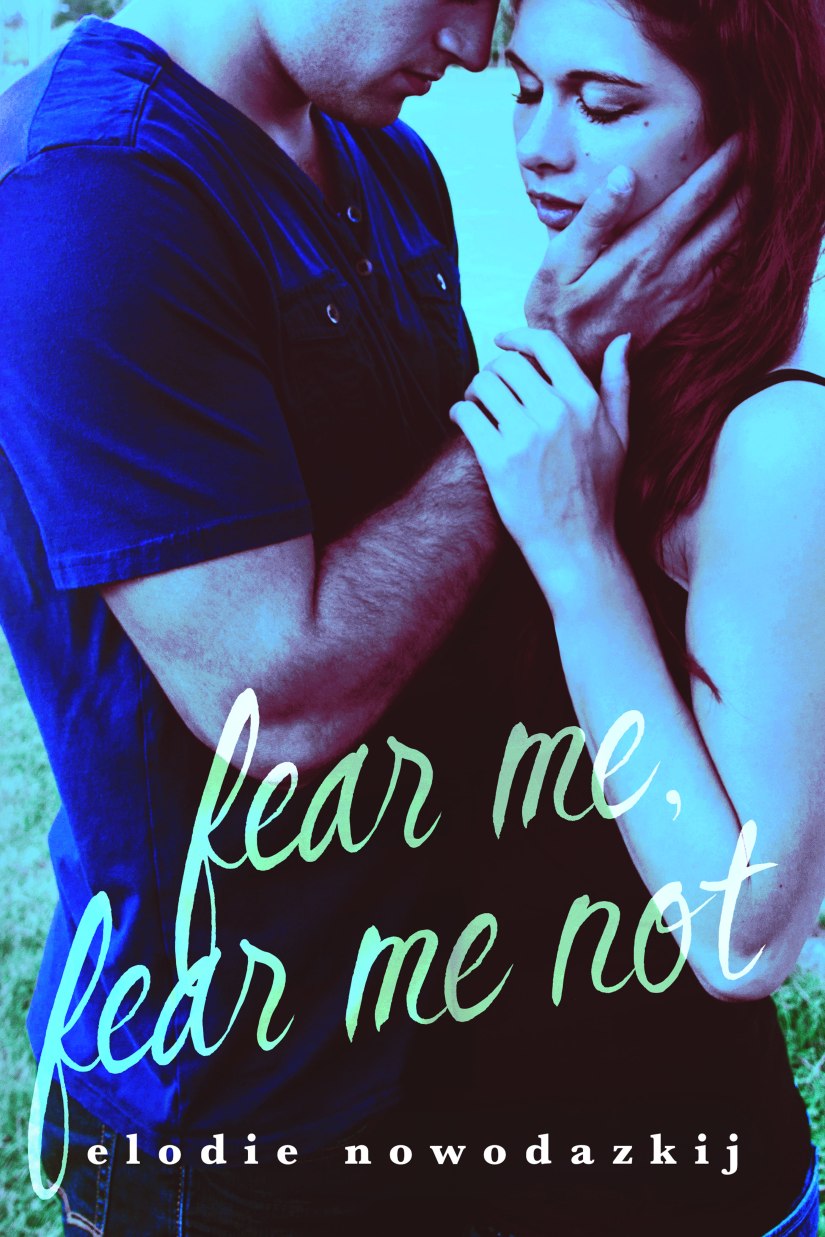 Fear is power. They fear me. They don’t fear me enough. Every year a girl disappears in Gavert County, Texas. Their bodies are found days, sometimes months, later with an angel wing carved on their face. They call me “the Angel Killer” and I’m on the hunt again. But this time, it’s personal.

Seventeen-year-old cheerleader Erin Hortz has been warned about the Angel Killer all her life. She never walks alone in the dark. She doesn’t talk to strangers. She doesn’t accept drinks at parties. All she wants is to finish her senior year with a win at the Miss Junior Queen of Hearts pageant, capture the perfect light over the lake with her new camera, and finally catch the attention of her best friend Nadia’s brother—former football star Dimitri Kuklev. Since his injury, they’ve been spending a lot of time together. And getting to know the real Dimitri—not the one she put on a pedestal in her diary is better than she could ever have imagined. And she’s falling hard.

Nineteen-year-old Dimitri’s injury brought him from football superstar with universities from all around the country knocking at his door to not knowing what he wants to do with his life. Taking classes at the local community college is supposed to get him back on track, but all he wants is to be on the field again. The only person who seems to understand him is the one he swore to keep in the friend zone: Erin. His sister Nadia’s best friend and the reason why he can’t keep a girlfriend. Between their early morning jogs, their time spent at the lake laughing, and their late night conversations, he’s having a hard time remembering why it’s such a bad idea.
But when Nadia doesn’t come home after a party, Dimitri and Erin know they must find her before it’s too late—even if that means risking their own lives and everything Erin’s ever known.

Because the main suspect is Erin’s father.