Today is release day for BEHIND THE SCENES!  This book sounds amazing.  I know I cannot wait to get my hands on it and I am so excited to be going behind the scenes with Dahlia on her book’s birthday.

At first, I thought I would give you a glimpse of what is going on behind the scenes with ONE, TWO, THREE, maybe doing a short update or sharing a few pictures. But looking back at my own publication journey, I think the spotlight should be on Dahlia…not on my book (even though they are very connected :-)).

I “met” Dahlia during #PitchWars – she picked me as one of her alternates, and let me tell you something, Dahlia is not only as knowledgeable as she appears to be, she’s also very supportive and sweet and basically went the extra mile for us.

The funny story was that I “thought” I had sent my query to Dahlia, I even announced it on Twitter…but then apparently a glitch happened and she didn’t receive it at first. One of the lovely ladies working behind-the-scenes on #PitchWars that year gave me a nudge, letting me know that email never went through.

I panicked. Really. I mean I had announced it, I had mentioned how excited I was. Luckily, there was still a few days left in the contest, so I quickly resent my pitch to Dahlia.

Who then asked for the first 50 pages of ONE TWO THREE.

and…then on December 12th, 2012, I received THE email from Dahlia, letting me know she picked me as an alternate, going into details about what she liked in my first 50 and what she thought I should work on.

She then gave me even more detailed feedback on the first chapter, going into line editing on what I sent her. She apologized for taking 3 days to give me feedback. Three days! That’s nothing! 🙂 Here’s the disclaimer: On top, Dahlia didn’t have to do this for alternates. She didn’t. And she totally did it for us.

Behind the scenes, she also gave me advice when an agent requested my manuscript via the contest but someone else in the agency also had it, or how to let other agents know that I had an updated manuscript. (additional disclaimer: my updated manuscript was still not ready at that stage. Gosh, I clearly queried WAY too early with ONE TWO THREE).

Dahlia really gave me very valuable feedback and Dahlia has been amazing in my self publishing journey as well. She has not only been supportive, she also answered some of my questions and as always, as been lovely, funny and sweet in all her interactions.

Behind the scenes, Dahlia is as sweet and wonderful as she is on stage. Yes, she will kick you in the pants when she needs to (but she might offer a macaron afterwards). I’m very grateful to her and I CANNOT WAIT to hold her books in my hands. 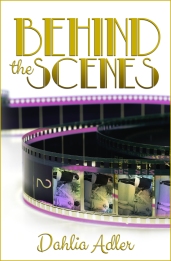 High school senior Ally Duncan’s best friend may be the Vanessa Park – star of TV’s hottest new teen drama – but Ally’s not interested in following in her BFF’s Hollywood footsteps. In fact, the only thing Ally’s ever really wanted is to go to Columbia and study abroad in Paris. But when her father’s mounting medical bills threaten to stop her dream in its tracks, Ally nabs a position as Van’s on-set assistant to get the cash she needs. Spending the extra time with Van turns out to be fun, and getting to know her sexy co-star Liam is an added bonus. But when the actors’ publicist arranges for Van and Liam to “date” for the tabloids just after he and Ally share their first kiss, Ally will have to decide exactly what role she’s capable of playing in their world of make believe. If she can’t play by Hollywood’s rules, she may lose her best friend, her dream future, and her first shot at love.

You can find BEHIND THE SCENES  here: 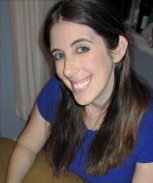 Dahlia Adler is an Assistant Editor of Mathematics by day, a Copy Editor by night, and a YA writer and blogger at The Daily Dahlia, YA Misfits, and Barnes & Noble at every spare moment in between. Her debut novel, BEHIND THE SCENES, releases from Spencer Hill Contemporary on June 24, 2014. She is represented by Lana Popovic at Zachary Shuster Harmsworth.

4 thoughts on “BEHIND THE SCENES – Why I am so grateful to Dahlia, my #PitchWars mentor…”